Shri Mataji Nirmala Devi, born in Chindwara, India, as Nirmala Salve on 21st of March 1923, in sharing her knowledge and experience of Sahaja Yoga since 5th May 1970.

We can see from one point of view that human beings are created as human beings. And they have mental, emotional, all these sides. Now they are guided by their emotional side maybe mental side and also depending on the birth and all that. So they are bound by all these things We have within us a power I call it as Kundalini. Which is kept in the triangular bone. Which is sleeping there. So when you awaken that Kundalini, she passes through these various aspects of our life. And she enlightens them. Not only enlightens them, but she binds them and makes them one. That is where we become above all these things and we become ourselves. This is I discovered long time back. When I started raising their Kundalini, first only two people got it, gradually. Then so many people got this. So they said, “We too want to have this within us, so can you give us?” I said, I’ll try, I don’t know. So we thought we should go into a place, which is away from the city. So we were about 25 people. I think 6 or 7 people got their Realization. So they told us that we are feeling the cool breeze in our hands and also the cool breeze coming out of the fontanelle bone area. So I said that’s it. Now you have to grow in it. We have to watch with a witness state, you should find out, what has happened to you. I must say those days people were very very genuine, they wanted. So it was not just a stunt. And so all together out of 25, 21 got this. I had a hand for curing people. And I had a liking for medical studies also. So, despite all other problems, I thought best is to do medicine. But, suddenly my college was closed in 1942. Moreover, my father was in jail. So we didn’t have sufficient money also. My mother would sell her ornaments to get the money for education. So when my college was closed, my mother said “no stop, we can’t afford to wait.” That’s how then I got married. Then I started going to different people supposed to be preaching about spirituality, talking about spirituality. But what I found that themselves were not spiritual. Very greedy, trying to want everything, running after women, I said what sort of things these are. If they are like this what are they going to teach me. So I gave up hopes. Then I started searching myself, within myself. Then one day, in a forest I was, with lots of people who were seeking and I went near the big sea and there I was sitting. And suddenly a light came into me. And I saw it clearly, that I am a satisfied soul. I don’t need anything. I don’t want anything. And that is the time, when I saw few things happening. I felt later on about it, is that there is this power of Kundalini which rises within me and which pierces through the fontanelle and all that which is not a common experience. So I said this can happen to everyone. You see many boys also started coming, ladies also coming from the West to my group. Then my husband got a job in England, so I went with him. And I started working with the English. It’s worked. We were just in our first years of London life, and we’d taken a house out in the rural area. When I came in the evening, I went to my living room, and there I saw a young white boy sitting comfortably in the sofa and reading a newspaper. So I said “Who…who…who is this fellow? Who is he?” And he looked at me as if I was an intruder. I went to her and I said, “now do I see what I see?” Because… I said, “I’ve seen a young man sitting there wearing my clothes.” “My kurta and my pajama.” I said, “There must be something wrong with me.” So she said, “No, no nothing wrong with you, I’ll tell you what has happened.” And then she had explained, she had gone to London, this is what has happened. And so she felt she could help him and brought him home. And he was dirty, so he had to be given a wash. So I was a little relieved. I thought I had gone out of my mind. Then I said, “very good.” Then I began to understand the depth of her feelings. Her vision. It all worked out. By my husband should get a job in England. That I should go with him there. There I meet people of that kind. It’s a fragrance of spirituality, which spreads. Then you can try to feel it with the left hand. Higher! Some feel it higher up! You see the world is ready for it. That’s how. Otherwise, it would not have happened, about say 20 years back, I think. Now the time has come. It’s a new awareness which has come. You see it is, I think you see, it is a system where you’re ready for something, you get it. People are seeking no doubt. I didn’t know that they were seeking so much. I didn’t expect, also. But when I saw so many people, I was amazed. Do you feel it cool? Yes, I feel it. What a great thing that all of you feel the cool breeze.

May God Bless you!

And now when you have got the freedom of your Spirit you must seek the comfort of your Spirit. One has to bear the penance. I don’t mind because it is my life, my mission, my existence, my everything is for the purpose of emancipation of humanity. Even the last drop of my blood is for that. So my satisfactions are very different. If I could do it alone, I would have done it. But I cannot. It’s only through you I have to do it.

Shri Mataji Nirmala Devi, born in Chindwara, India, as Nirmala Salve on 21st of March 1921, in sharing her knowledge and experience of Sahaja Yoga since 5th May 1970. After more than 35 years of spiritual teaching and public service she is now increasingly retiring into silence and meditation. However her work lives on in 85 countries on 5 continents.

May God bless you! 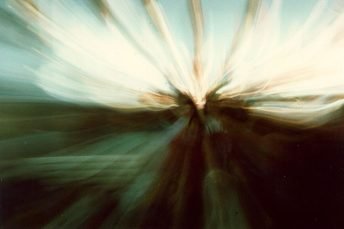