Now when these two energies start working within us, means one is of desiring another is of action. First we desire something and then we go into action.

Now the colours are of the left side is the deep blue colour, as you see there, actually amounting to black. And the one which is on the right hand side is the yellow colour. Now when these two energies start working within us, means one is of desiring another is of action. First we desire something and then we go into action. When these two energies start working we produce a bi-product in our head like the fumes in a factory. The fumes are called as ego and super-ego, as you see them crossed over. When you use the blue side, which is the desire, or “iccha shakti” as they call it, then you develop a super-ego and when you work on the right side, you develop the ego.

To understand ego and super-ego in a very simple way, is this way, that, say when a child is nursed by the mother, he is in complete bliss and joy. So the mother changes the sides for the boy, the child, and he feels very much hurt. When he feels hurt his ego rises, he thinks, “Why should she do it?” you see, in a very subtle way, and the ego starts rising. This is the ego, which you see there, starts rising on the right hand side. I mean there is nothing wrong in having ego, you have to have it. It works out that way. As every factory has to have a chimney, you don’t have a chimney so it accumulates there in the head.

On the left hand side, when the child wants something, or he’s told not to do this, the mother says, “Don’t do like that!” So you are conditioned. By that conditioning your super-ego is developed. When your ego is hurt I would say, your ego develops. When your desire is hurt then your super-ego develops. Gradually we start identifying ourselves with our ego or super-ego depending on what sort of a personality you are. Some people think that, “I do this!” “I am this!” you see. Some of them are frightened, “No, it’s too aggressive.” But whatever it may be, either you have ego or super-ego. Both of them develop just like this as you see in the thing, and if one becomes more heavy then it pushes down the other one. If this becomes more heavy it pushes down this way.

Now for Kundalini to pass in between you have to have a space like that. If a person is of an imbalanced personality, then Kundalini takes time to rise, She takes time. 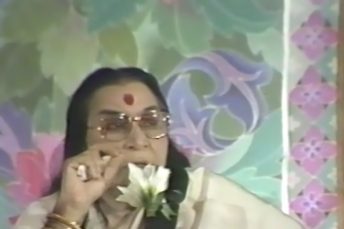 Kundalini knows everything about you 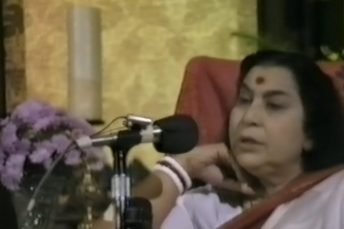